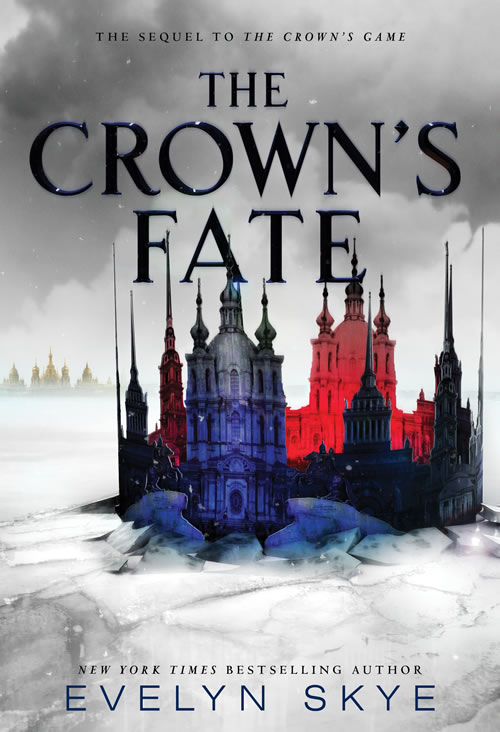 ***Spoiler Warning: Description below contains spoilers about the first book.***

Magic is growing, shadows are rising, and the throne is at stake…

Russia is on the brink of great change. Pasha’s coronation approaches, and Vika is now the Imperial Enchanter, but the role she once coveted may be more difficult—and dangerous—than she ever expected.

Pasha is grappling with his own problems—his legitimacy is in doubt, the girl he loves loathes him, and he believes his best friend is dead. When a challenger to the throne emerges—and with the magic in Russia growing rapidly—Pasha must do whatever it takes to keep his position and protect his kingdom.

For Nikolai, the ending of the Crown’s Game stung deeply. Although he just managed to escape death, he remains alone, a shadow hidden in a not-quite-real world of his own creation. But when he’s given a second chance at life—tied to a dark price—Nikolai must decide just how far he’s willing to go to return to the world.

With revolution on the rise, dangerous new magic rearing up, and a tsardom up for the taking, Vika, Nikolai, and Pasha must fight—or face the destruction of not only their world but also themselves.

Amazon
Barnes & Noble
Bookshop.org
Click Here to learn more about The World of The Crown's Fate

Praise for The Crown’s Fate

“A memorable alternate history and a page-turner full of surprises. Skye’s writing holds appeal for readers who like series such as Leigh Bardugo’s The Grisha Trilogy, Veronica Roth, The Hunger Games, and Victoria Aveyard’s Red Queen.”
– Voice of Youth Advocates (VOYA) Magazine

“Fans of The Crown’s Game will be delighted”
– Booklist

Barnes & Noble – Most Anticipated YA Novels of 2017

Goodreads – Most Popular Books of May 2017